Costa Rica’s ten-year BioAlfa project is DNA-barcoding the entire country to promote bioliteracy. It is part of a multinational research initiative aimed at building a global library of life — a DNA-barcode reference library — centered at the University of Guelph and the Smithsonian Institution.
By Francesca Poddie | September 14, 2022 | Guanacaste
ACG
Biodiversity
Sustainability

Susana Vicente Alamo, Peninsula Papagayo’s Head of Sustainability announced today that the resort community would join Guanacaste Dry Forest Conservation Fund (“GDFCF”) and Área de Conservación Guanacaste (“ACG”) in a nationwide project known as BioAlfa (from “bioalfabetizado” = bioliterate) aimed at cataloguing all of Costa Rica’s wild multicellular biodiversity using DNA barcoding. For any organism found in the country, Costa Rica wants to know what it is, where it is, what it does, and how to find it when you want to.

Designated as a Project of National Importance by the Costa Rican government, BioAlfa is part of a global research project known as BIOSCAN originating in 2004 in the Centre for Biodiversity Genomics at the University of Guelph, Canada. The ideas behind BioAlfa actually began to take shape in ACG in 1995.

According to Dr. Daniel Janzen and Dr. Winnie Hallwachs, driving forces behind the creation and restoration of ACG, and early pioneers in the use of new-generation genetic techniques based on DNA sequencing, data generated from BioAlfa are helping to build BIOSCANS’ global library of life — a DNA barcode reference library centered at the University of Guelph, supported by the Smithsonian Institution and many other global nodes of taxonomic expertise. 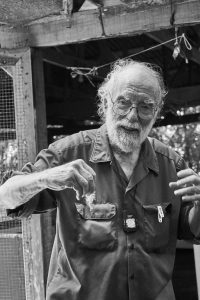 Bioliteracy is the only chance for true conservation in perpetuity.

Janzen believes bioliteracy is the only chance for true conservation in perpetuity. With the inevitable introduction of portable and inexpensive DNA barcode scanners, in just a few short years, he says members and guests will be able to read the forest like a newspaper, novel, or instruction manual.

“It is like a very large and very good public library with open stacks called ecosystems. Every living book to be read has its unique DNA, and a tiny piece of that is now being used as the call letters — a DNA barcode.” 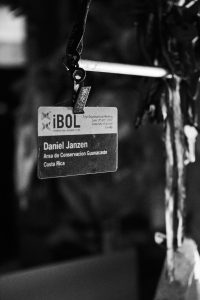 The first step in building the library and DNA barcoding Costa Rica, he says, is to organize and execute a strong collecting effort for the specimens to be barcoded and vouchered by specialists.

That’s where we come in.

So far, ACG’s BioAlfa team has installed 63 Malaise traps inside the ACG and 20 in other national parks in Costa Rica — basically tent-like structures that are effective at capturing insects from various groups and are easily deployed and cost-effective. Used in combination with DNA barcoding, this approach makes it possible to carry out large-scale sampling programs and enables a time- and cost-efficient process for biodiversity assessments of hundreds of thousands of species from a single tropical country. Janzen anticipates more than a half a million alone for Costa Rica, most of which do not yet have names. The Peninsula Papagayo ecosystem is not represented by any of these other sites.

Early next year, Dr. Janzen and a team from ACG will visit Peninsula Papagayo to add three additional Malaise traps to their collection — one for each of our discrete ecosystems. It will be one of the first sampling sites outside of a national park, which Janzen believes will lead to new insights and blocks of new species due to Peninsula Papagayo’s unique geography and built environment.

Each new trap is expected to yield 500-1,000 insects per week (maybe 250 species), which will be collected by our Explorer naturalists and stored in a deep freeze before being shipped to labs in the United States and Canada for sorting, DNA extraction, barcoding, sequencing, and analysis. Perhaps even baptizing with scientific names to the degree the community of taxonomic experts can be convinced. 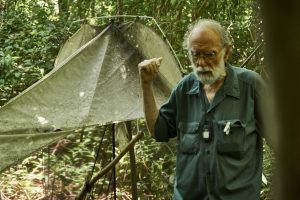 Says Susana Vicente Alamo, Peninsula Papagayo’s Head of Sustainability: “We are excited to be part of BioAlfa — Bioliteracy for Costa Rica — and believe the program will help protect the species that share our 1,400-acre community.”

Members & Guests Dive In To Restore The Reefs Of Papagayo

Growing Together for 20 years